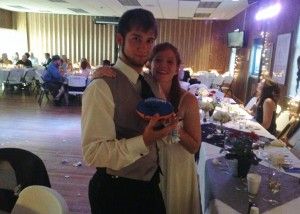 Sarah & Adams wedding reception was not like your typical wedding reception and it most likely was not what you would expect. All the planning and creative ideas that this couple came up with made this celebration EPIC! From the time I first meant with this couple I knew they wanted the best and I’m glad we was able to deliver it. I first received an email from Adam inquiring about our services and then went on to telling him about the Spring wedding expo that was coming up in which we would later meet at. During the expo we both had a strong connection and went over some great ideas but I knew I had to act fast if I was going to pull something like this off as of it was about a month before the wedding.

Adam & Sarah scheduled a meeting with me in which we went over some great ideas for their wedding. During the meeting I learned that originally they was not going to have a DJ but I’m glad they choose otherwise and put there trust into MixMaster Entertainment Services.

After the meeting I just knew this was going to be one EPIC and awesome wedding reception…. and I believe I was right! everyone laughed and cheered during the special celebration. Now as far as the location….

Sarah & Adams wedding and reception was held at The Lewisburg Penitentiary. Kinda weird and yet scary at the same time right? at least that is what I first thought until I knew that it was actually taking place in a beautiful banquet room located just outside of the actual Penitentiary at the Staff Training hall. Everything turned out so beautifully and it was truly a unique experience. What also made this unique was many other things. We had to fit the theme of having it on site of the Penitentiary and the whole “jail type thing”  so we incorporated a few ideas to really set it off in which we will talk about here in just a little bit 😉

Once everyone was in place we started the grand introductions into the room which everyone did a dance to “celebration” by Kool and the gang. Before long the dinner was ready to be passed out and time to dig in. While diner was being served we played a game with all the guests this is something the wedding couple had wanted to do and came up with some unique way of giving away the center pieces on the tables…. So on with the trivia! everyone was asked different questions about the bride and groom in which we all wrote down. We also did movie quote and in which they all had to name the quote the movie was from… you know “Mamma always said life is like a box of chocolates, you never know what you’re gonna get” Once every question was answered we collected and tallied everyone’s answers and would soon announce the winners.

Next was about to do the cake cutting but before that Sarah and Adam wanted to make there way around the room to thank all the guest for coming to be apart of their special day but before too long (being this is a prison) The bride Sarah was kidnapped by the guards and held a prisoner and we all had to help raise bail money (we did this instead of a dollar dance activity) and we ended up raising if I can remember correctly $188.03 along with some bubbles. Sarah was then set free where they could then go off and cut there wedding cake in which they both smashed into each others face.

Working with this couple behind the scenes was diffidently fun as we worked to create something fun that no one would expect… their first wedding dance as husband and wife. We would start off slow and then all of a sudden the music would go all weird like something was going wrong until it turned into the EVOLUTION OF DANCE! We ending up doing little song clips such as Y.M.C.A, chicken dance, shook me all night long, thriller and more! it was fun! all while DANCING ON THE CLOUDS!!!! (check out the pictures and video below)

Once last thing that really made this wedding stand out besides it being at the Penitentiary was the whole garter and bouquet thingy. Adam picked out the “pink panther theme song” and wore a hat in which he would secretly sneak into the room and make his way to the bride in order to remove the garter… words can explain this so WATCH THE VIDEO! afterward the garter toss we used a football in which Adam & Sarah signed there name to along with there wedding date. I even donated $5 and wrapped that all up around the football in which Adam hiked back while the NFL Football theme was playing. Once both the man and women was picked for the tosses we sat her down and then blindfolded the guy and in the meantime switched her out for the groom … he was so confused.

Oh one last thing that I almost forgot toward the end we faced the newlyweds back to bad and had them remove both shoes and switch one out with one another and played what I like to call the shoe game. This is where we ask the couple a series of questions and they will have to raise the shoe that best fits the answer to the question.

All these fun activities left about 15-20 minutes for open dancing at the end… but all in all for a short sweet wedding it was JAM PACKED with loads of fun and excitement that everyone enjoyed. It was a pleasure working with this couple and I wish them all the best! 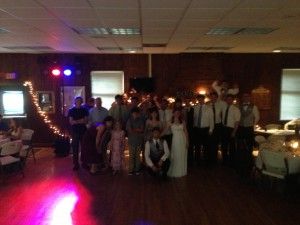 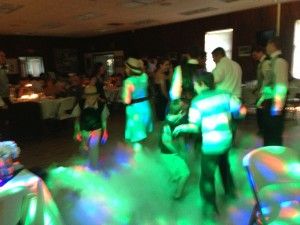 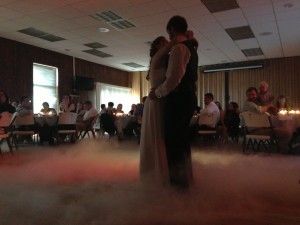 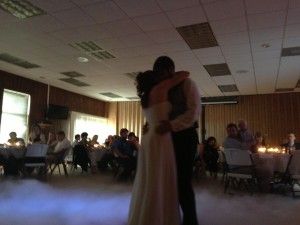 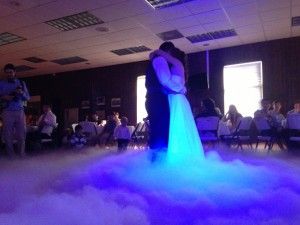 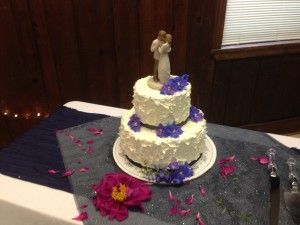 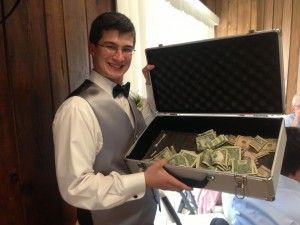 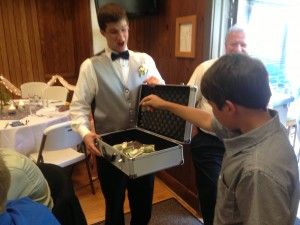 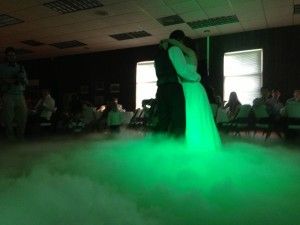 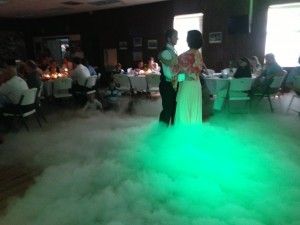 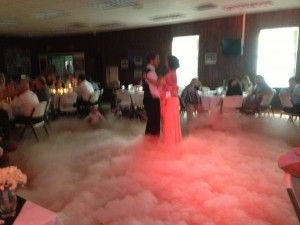 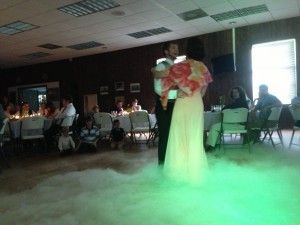 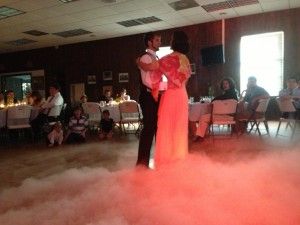